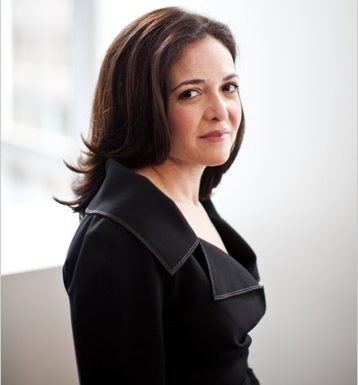 There has been so much buzz surrounding Marissa Mayer’s and Sheryl Sandburg’s advice to women that it’s easy to forget that most working women are not going to their corner office jobs in an expensive suit.

Marissa Mayer’s message:  “Get to the office.”  I’m a bit of a skeptic about working from home with small children in the house, based on my own experience, but surely any prohibitions against more flexibility in the workplace is not a good thing.

Sheryl Sandberg’s advice for working women on the surface is a philosophy that’s a bit easier to take: don’t give up on professional opportunities before and after your children are born; instead, “lean in” to the challenges of balancing family and career.

Even before she launched the publicity tour for her new book, Sandberg’s three basic pearls of wisdom were well-known, particularly from her famous TED talk.

1.  “Sit at the table.” Don’t be afraid to push against gender role stereotypes and be assertive in your efforts to excel.

2.  “Make your partner a real partner.” Women should expect that their partners will participate in household work and childcare.

3.  “Don’t leave before you leave.” Young women should not pull back on their careers in anticipation of getting married and having children.

Sounds good so far, right? All great advice, particularly for women whose life goals involve landing the corner office in a large corporation.  Now Sandberg wants to start a network of “Lean In Circles” around the country to raise women’s consciousness about what it will take to reach their goals.  Modeled loosely on 1970s-style feminist circles, each group meeting will include the sharing stories of success (not failure), videos, and instruction in get-ahead strategies, such as negotiation tactics and communication skills.  The idea is, as Jodi Kantor in the New York Times points out, “half business school” and “half book club.”

Sheryl Sandberg’s true goal, as she has publicly stated, is even more ambitious and personally driven.  “I always thought I would run a social movement” is what she stated for the PBS documentary series, “Makers.”

Well, before I sign up for one of your circles, I have a few questions for Sandberg:

I know that I’m probably not part of Sandberg’s implicit target demographic, but that’s part of the problem when your audience (in any meaningful sense) is limited to the professional elite.

I tried to “lean in” before I thought about having a child.  I had been a doctoral student in sociology before starting a teaching career that ended up lasting more than a decade.  I had always planned on returning to graduate school, but kept delaying it.  Finally, in my thirties, I realized that I wanted to make sure that I advanced my career in a way that better aligned with my long-term goals before I contemplated having a family.

I won’t go into the whole story, but suffice it to say, I had my baby before I was done with my doctoral program and had to move to a new city when my son was only a few months old, all factors beyond my control.  My son ended up having health problems in infancy — nothing serious, but enough to make me think twice about resuming a full-time career.  In my situation, I could have kept trying to “lean in” until I basically fell over, but I chose to step off the path entirely for a while.

It remains to be seen how resonant Sandberg’s message will be to ordinary women.  To me, she seems to be talking to women who don’t need much help to begin with.

Do you embrace Sandberg’s message?