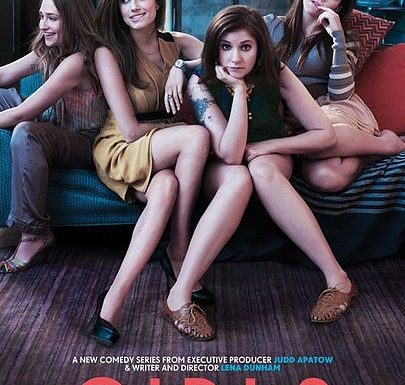 I’m transfixed by Lena Dunham and her friends on HBO’s “Girls.”  These self-absorbed, generally very unlikeable, and deeply flawed girls captivate me.  However, as a feminist, as a GenX-er, as a woman whose twenties aren’t in that distant in the past, I mostly want to scream at each of the girls, “What are you thinking?”  It’s such great fun to watch a show and relate to the characters in a general way  — I was a liberal arts graduate from a college very similar to Oberlin, had bad relationships, moved into messy apartments, had an unclear career trajectory — but at the same time feel a smug sense that I would never be quite that self-absorbed, entitled, or demonstrate such lack of self-respect in dating.

Yet, as a parent, I have been thinking about how the show can provide a valuable tool for clarifying my own values and my priorities about the kind of person that I want my child to be.  (My child is a boy, and that definitely matters in talking about this show, but I’m confining my parenting thoughts to general parenting.)

Because of the cautionary stories that I see represented in this show, here are five vows that I’m making to myself now as a parent.  My kid is just a toddler — and, yes, you can make fun of my advance planning — but I simply do not want him reflecting many of the cultural trends that I see in this show.

1.  I promise to try and give authentic feedback about his accomplishments.  Much has been written in the parenting literature on the perils of offering your child non-specific, constant praise.  To me, the characters on the show seem all to share an unearned, general sense of pride in their place in the world.  Hannah in particular seems to convey a sense that she is so uniquely gifted — that she truly might think that she might be “the voice of her generation” — that ordinary standards about how to succeed don’t apply to her.

2.  I promise to teach that success results from continued effort and perseverance, not raw talent or special traits.  Hannah does seem to have long-term goals — an important component of having “grit,” as Paul Tough point out — but she lacks the ability to plan out small, reachable steps to reach that goal.  Relatedly, Hannah seems not to grasp that life is not always fun or pleasant, and sometimes you have to work hard even when you don’t feel like it.  And you have to work for and prepare for the things that matter — such as job interviews or an author reading, both of which Hannah blows off.

3.  I promise to teach that humor is about more than being cynical, ironic or sarcastic.  I’m hoping that in general there will be continued backlash against the perpetual need to disparage or ridicule everything as a form of being funny.  I hope that my son learns from me that it’s okay to be genuine, to love something unabashedly and be silly without needing to be ironic about your pleasure.

4.  I promise to attempt to instill a healthy respect for authority.  Yes, of course I’m all for having a quirky dose of nonconformity and a willingness to stand up for oneself when an  injustice has been committed.  And it does make me feel old when I cringe at the way that Hannah talks inappropriately and casually to her boss and to her parents.  Yet I think there should be a healthy hierarchy of power and respect between employer and employee, parent and child, teacher and student.  In short, I hope to teach my child not to treat his teacher, his parents, or his bosses like his buddies.

5.  I promise to describe the value in friendships with people who are not like you.  The show does a good job of portraying the complexity of female friendship.  But of course, “Girls” has gotten a lot of flack for its lack of racial diversity, and they’re trying to fix that this season.  But having a diverse range of friendships is about more than having a black friend or two.  I hope to convey to my son the value of relationships with people whose life experiences — because of their race, social class, sexual orientation, etc. — are different than your own.  Our social worlds are becoming increasingly isolated, as neighborhoods and social groups “sort” into like-minded islands.  Even though I am writer and aspiring academic, I hope that my son becomes friends with children whose parents have many different kinds of professions and backgrounds.

All of these are ambitious parenting goals, I realize, but for right now I’ll settle for never hiring a babysitter anything like Jessa.