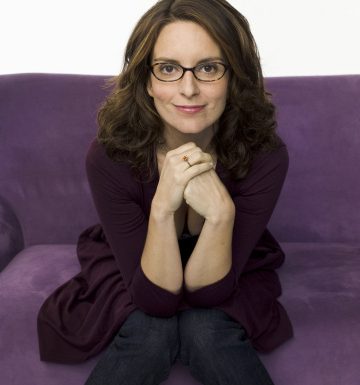 In keeping with my theme of creating parenting advice from television shows and feeling a bit sad about 30 Rock‘s finale, I’ve been thinking that Liz Lemon offers from less obvious lessons for mothers.

You might be thinking that you’ll miss 30 Rock for lots of different reasons:  its surrealist humor, its sharpness about popular culture, its portrait of a flawed feminist woman who didn’t identify as a “Sex in the City” character, and its vivid portrayal of workplace relationships.

But I’ve also been thinking about how I’ll miss Liz’s unique wisdom on life that, for me, could also be important ideas about how to raise our kids.  30 Rock often wasn’t a family-friendly show — many of the jokes often related to sexual positions, condoms, or venereal diseases — and Liz Lemon wasn’t a parent for nearly all of the show’s seven seasons.  But her experience as a hard-working, loyal, and down-to-earth late-bloomer can also illustrate several real-life lessons.  Here’s how some of Liz’s best quotes can be transformed into good parenting lessons.

1.  On learning from your mistakes, Liz says:  “Who hasn’t made mistakes?  I once French kissed a dog at a party to try to impress what turned out to be a very tall ten year old.”
Liz made lots of mistakes in her personal and professional life, but she loves her work and stays focused on improving her career and her skills.  According to cognitive psychologists, the most successful people might not always be the smartest, but they are the most persistent, passionate about their goals, and undeterred by setbacks.  They have what these experts call “grit“:  they view life as a marathon, not a short race, and are driven to excel in their area of passion.

2.  On being the smartest person in the room without being a jerk about it, Liz says, “Hey, nerds!  Who’s got two thumbs, speaks limited French, and hasn’t cried once today?  This moi!”
If effort and perserverance are critical factors in success, intelligence is also clearly important.  Liz is often the wittiest and intelligent person around her, and she accepts this as a crucial aspect of her character.

3.  On speaking frankly about race and class, Liz says, “No, Tracy took advantage of my white guilt, which is supposed to be used only for good, like overtipping and supporting Barack Obama.”
For network television, “30 Rock” got away with edgy lines and scenarios about race and social class.  “30 Rock” was engaged in a constant debate about the line between what was funny to talk about — as opposed to offensive — in portraying characters from underrepresented groups.  (Remember the episode in which Liz assumes that Tracy might be illiterate and he calls her out on her own racial assumptions?)
Kids need to learn tolerance and respect, but they also need to speak openly about the limits of racial progress, as well as our society’s stereotypes of many different groups.

4.  On accepting female leadership, Liz says, “I don’t know how, but you’re going to get me another sandwich.  Or I’m going to cut your face up so bad you’ll have a chin!”
Liz isn’t the most emotionally stable or level-headed boss.  But it’s clear that her subordinates care for her, respect her, understand her humor, and listen to her.  As women take increasingly larger shares of professional and educational achievements, we all must get used to seeing many different portrayals of female bosses.  We’ve come a long way from the 1980s version of the female boss in the shoulder-padded power suits, and both girls and boys need to see all types of female leadership.  In fact, seeing adults who do not conform to gender stereotypes are important to the academic success and aspirations of both sexes.

5.  On developing mentor relationships, Liz says, “I did Big Sister in college.  That little girl taught me to use a tampon.”
While Liz’s mentorship relationship with Jack is the most vividly portrayed on the show, Liz also — not always successfully — takes the less experienced under her wing to provide professional and personal guidance  Mentorships are powerful tools for all young people to gain skills, experience, and relationships with adults.

6.  On delaying sexual experience,  Liz says, “My mom used to send me articles about how older virgins are considered good luck in Mexico.”
Liz lost her virginity at age 25 in the makeup room of a clown college.  While 17 is the average age of young people’s first sexual experience, teenagers need more role models that wait to lose their virginity.  And delayed sexual experience predicts greater income, higher educational attainment, and better quality and stability of adult romantic relationships.

Liz Lemon may be remembered as one of the most distinctive female voices on television.  She may even be remembered too as a Ben and Jerry’s yogurt flavor.  Liz Lemon was often self-righteous, a little selfish, mean, and whiny.  But I also think she had the makings to become a pretty good mom.

What else did you learn from Liz Lemon?