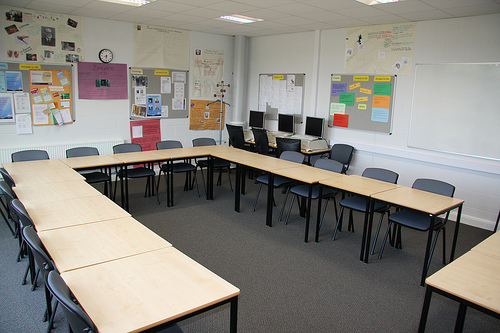 “The purpose of school should be to prepare kids for the rest of their lives, but too often what kids need to be prepared for is surviving the school day itself”  (p. 253) in Susan Cain’s Quiet:  The Power of Introverts.

I’ve been thinking a lot about two subjects during the last few weeks:  introversion and homeschooling.

I wrote about my growing awareness of how introversion has played a role in my life and in my parenting in a recent post for Role/Reboot, and I’ve been paying close attention to the media attention that Susan Cain and her book,, Quiet: The Power of Introverts in a Word That Can’t Stop Talking have received in my favorite media outlets, such as The Atlantic and Slate.

Because I started a research project recently about homeschooling that was inspired by the feedback from previous posts I had written about my worries related to homeschooling, I’ve been asked online and in-person quite a bit about why I’m interested in homeschooling.  Of course, I have lots of scholarly, intellectual and sociological reasons as an educational policy researcher for why I want to know more about this growing trend.  And they’re all true.

But I realize now that this isn’t the whole reason.  As I’ve heard the stories of hundreds of homeschooling families either on my survey or on their blogs or Facebook pages, I have been thinking a lot about my former classroom as a teacher and about my childhood experiences as a student, more than I have in several years, since I returned to graduate school.

In thinking about how temperamental differences influence how we learn and experience the world, I think I’m finally starting to understand the reasons for homeschooling at a deeper level, beyond items that you can check off on a survey.  Not necessarily because homeschoolers are either more or less likely to be introverts.  Rather, for me, the discussion about introverts highlights the serious dysfunction endemic to the American classroom and even in our broader American character, flaws that I witnessed and had serious concerns about as a teacher.

When I think about my own teaching, in contrast to the hundreds of hours that I spent tutoring a homeschooled child, the differences cannot be more stark.  To me, by thinking about homeschooling, we can also point out problems that need to be addressed about the classroom experience for children:  These issues go far beyond many of the current educational reform efforts.

1.  Most classroom environments can be a destructive mix of loudness, boredom, overstimulation, and overcrowdedness.  From their first steps onto the bus at the start of the day, children’s minds are bombarded with noise and stressors that have nothing to do with learning, and this sensory overload can literally affect the rate and quality of processing pathways in the brain.

2.  Children often become hyperaware of judgment and assessment.  Any teacher wishes she had a dollar for every time she has been asked, “Are we being graded on this?” Kids quickly internalize that most of what matters in school is how you’re graded.  Even as a teacher, this focus in every school that every dimension of every project and assignment must be evaluated becomes encoded into your design of every unit of study.

When I started teaching this exceptional homeschooled girl at my dining room table in my home during graduate school, I worked with her for nearly a year before I realized that I did not need to design a “performance assessment checklist” or rubric for every task that we did.  This form of continuous assessment was actually holding her back.  And I wonder how many other kids whose thinking and processing remain “shallow” and do not live up to their potential because they are focused on short-term, often meaningless checklists, due dates, tests, and tasks.

The educational objectives too often are focused on “covering” content, rather than “discovery” of ideas and connections.

3.  Classrooms emphasize constant talk, “collaborative learning,” and “group projects” over autonomy, reflection, silence, and deep thinking.  When I was an English teacher, I tried to use the writing workshop approach as much as possible.  Very simply,  a class would involve a very quick whole-class lesson on a writing technique that directly applied to students’ current writing projects, quiet writing and research time, and a brief sharing time at the end.  The majority of the class was designed to be spent with children largely on their own: writing, reading, having one-on-one writing conferences with me or a friend.  Children can work intensely on projects that they care deeply and passionately about.  But attempting an approach like this — and I was usually not successful because I became distracted by my need to “cover” a predetermined curriculum — is not the norm.

I was one of those kids that Susan Cain talks about who “blossomed” after the tyranny of high school and its schedules, routines, and noise.  Why is it surprising that so many of us — and not only introverts — thrive once they are given the chance to be independent and passionate about their own interests?  When schools are structured to reward the loudest, the cultivation of social hierarchies, and extrinsic rewards, why are we not surprised that American children are becoming less empathic, more narcissistic, and less capable of perseverance?

I still don’t think that homeschooling is the answer for all kids necessarily (at least, not yet).  And I do think that the broader concerns that I talked about in my post about those “left behind” — when resources and people are funneled out of the public school system — are critical.

Nevertheless. how can we structure an educational system that rewards persistence, empathy, and complex thought?