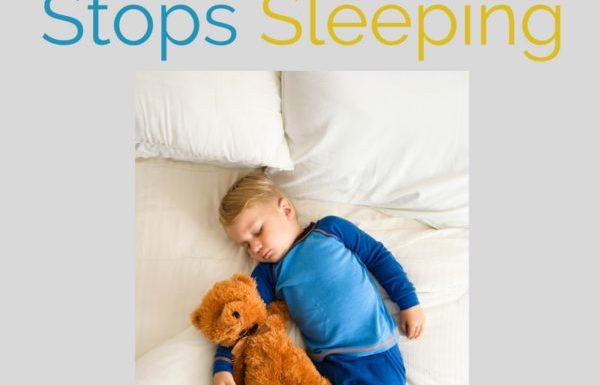 Toddler sleep regressions hit just when you start to get hopeful that your toddler might turn out to be a good sleeper after all.

Maybe your kid is finally sleeping through the night. Naps are now consistent and drama-free. They sleep a solid 11-12 hours.

Then an illness strikes. Or a vacation. Or she starts day care. Or nothing at all happens. But your toddler’s sleep suddenly is almost as bad as it was when she was a baby.

Despite having learned the hard way about toddler sleep regressions from my son (now five), my two-year-old daughter’s sudden recent sleep issues during the holidays still surprised me. One day I was bragging to anyone who would listen about how fantastic she was as a sleeper. Then the next day she got a cold and a cough, and all her good sleep habits went out the window. She was waking up several times a night, waking up for good before 6 a.m., and refusing her naps.

A sleep regression happens when a baby or toddler just suddenly stops sleeping as well as they did before. Regressions usually happen when there’s a surge in brain development. They can happen at predictable times in children’s development: somewhere around 4 months, 9 months, 18 months, and two years. (Those are just rough estimates.)

Sometimes sleep regressions coincide with major milestones, like teething, learning to roll over or stand up, or the start of separation anxiety. Older toddlers might start to need less sleep than before or they often decide to boycott naps (because playing and running around is much more fun!).

I can wait out my two year old’s sleep regression and hope that it goes away. But I can also try a few things:

Most sleep regressions are temporary. They’ll go away in a few weeks on their own, as long as you do stay consistent and don’t develop any new sleep habits that you don’t want to continue.

And if your toddler isn’t sleeping because they’re climbing out of the crib, or you decided to move your kid to a big kid bed and it’s not going well, read my post about that particular form of sleep disaster.