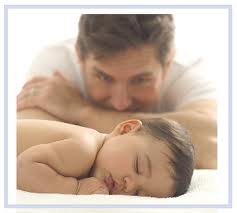 It’s been long known that mothers are critical in developing aspirations about work and family in their daughters.

But new research points to the critical role that fathers play in girls’ beliefs about what they can accomplish and their actual behavior.  In a just released study, elementary kids were asked about gender roles, gender stereotypes, and the division of labor in the household.

The study confirmed the existence of a “Second Shift” that sociologists have been talking about for decades.  In my undergraduate days in sociology, this was THE book that spurred my interest in the sociology of the family and gender.  It really helped me become a feminist.  It seemed so unfair that I would work so hard to do well in college, find a career, and then end up working a full-time job in the work force, as well as in the home.

Arlie Hochschild went inside the lives of dual-income families to figure out how they made decisions about what gets done in the house and why.   Nobody was exactly shocked now that she found that working women still shoulder most of the burden of child care and housework.  I suspect that the second shift still exists for women, but economic changes have increased the pace of social change, as more men — no matter what their gender role attitudes — are finding themselves out of work and at home in charge of the day-to-day lives of their children and households.

So what does this study tell us about how to raise daughters who will excel in school and work?

1.  It’s not enough for mothers to be the only ones to encourage their daughters that they can do anything.  Dads were actually more influential in forming the career goals of girls.  Girls whose fathers had less sexist ideas about women’s careers and household roles and shared them with their daughters had daughters with more ambition.

2.  Both parents need to encourage children to have less gender-stereotyped interests and play.  Yes, it’s great for Mom to give her daughter a train set as well as a Barbie.  But, according to this study, it may actually make more difference if Dad plays catch with his daughter.

3.  Fathers should pitch in more to cooking, cleaning, and housework, not just for the sake of their wives’ benefit but also because their participation will help their daughters.  Again, daughters may in fact respond more intensely to their fathers’ examples of how men and women should behave.

Of course, like many studies, this study doesn’t prove causation, only correlation.  Fathers who have daughters who encourage them to aspire higher and to hold less gender-typical behavior are more likely to display these traits.  And, interestingly, these trends were not as strong for sons as for daughters.

But it’s enough to make parents think a bit more about the examples that we’re setting for our kids.