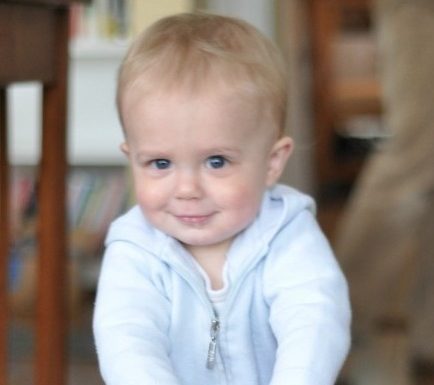 Stop Telling New Parents That “It Gets Better.”

My son turned two this weekend.   It was a tough weekend with not too much of a birthday celebration.  He had a fever and was sick again, hardly slept, and had endless temper tantrums.  I kept feeling that I still had no idea what I was doing, despite the fact that my “baby” was now two, and I wondered, when do I stop feeling like a new parent?

When he was first born — a tiny, fragile, pink, and almost unearthly creature — toddlerhood seemed ages in the future.  Two year olds were huge, independent giants, who walked, talked, expressed opinions (loudly) about food and toys, and sometimes even slept in big kid beds.  Nothing like this helpless infant.

I expected the first few months of parenthood to be difficult.  Doesn’t everyone?  Of course, it was different than I had expected — harder in some ways, easier in others.  It turns out that I worried about a lot of things that didn’t make any difference once a baby came into your life.  (Wipes warmers, anyone?  Did it really make any difference what type of sheets were on my son’s bassinet?)

Those weeks when day and night all blurred together.   The endless spitups and poop.  The hours of bouncing and rocking and singing.  Toward the end of this “newborn” period, we moved to a new city.  There were so many big changes in my life during a short period of time.  I felt like I was almost in a state of shock, like I woke up one day and someone switched my old life without my permission.

I must have had at least a few dozen people tell me, “It gets better.”  And they gave me very specific timelines.  At first, many people said that “it got better” after the first three months, this exact time when colic would be over.  Then it was six months.  Then people told me that the first year was the toughest.  Others said the first two years were hardest.  (There’s a great post right now at the Huffington Post by a dad — Adrian Kulp of Dad Or Alive — who had been told that two year olds were difficult, but learned that three years olds are actually even harder.)

You know what?  We need to stop holding out false promises to new parents.  Why don’t we just say that all parenthood is hard and that it doesn’t get that much easier?  Parenthood is the most exhausting but rewarding aspect of most people’s lives.  I’ve come to the conclusion that each developmental period will be challenging and wonderful in its own way.

I think that by constantly telling new parents that at some magical moment in the future parenthood will be easier…it’s just setting them up for disappointment.  At the back of my mind I’ve been waiting for that momentous time when I felt like I knew exactly what I was doing.  I’ve come to the realization that it’s not going to happen.  I will continue to vacillate between joy, loneliness, incompetence, boredom, gratitude, impatience, and love.

And I also think that we should be talking a lot more about how to support early parenthood, not just the first months, but also beyond that initial fog.

To that end, stay tuned for a new project.  As many of you know, Stephanie Sprenger of Mommy, For Real and I have been collecting women’s stories of friendship for HerStories: Tales of Female Friendship.   On Wednesday, we’ll be making an exciting announcement about a HerStories project that we’ll be developing together about new motherhood.  We have some really big news coming up in the next few days!

In the meantime, read Stephanie’s HerStories essay today about a remarkable connection between two mothers.

And I’d love to hear your thoughts:  When did “new parenthood” get easier for you?