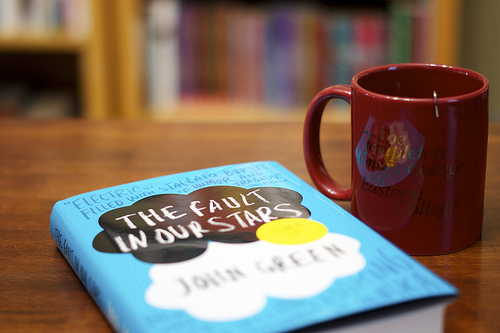 Since I stopped teaching, I feel disconnected from popular culture, and from adolescents and their unique world, one that is somehow always changing (the fashions, the music, the slang, social media) and yet always the same.  There is so much about my adolescence in the 1980s and 1990s that will be similar to today’s and tomorrow’s teens:  the moodiness, the melancholy, the preoccupation with cliques and cool kids, and the exhilaration of feeling like anything — being invited to a fantastic party, having a soulful conversation with your favorite crush, finding even fame and fortune — could be right around the corner.

But as the years go by, you become less connected to those feelings.  You’re immersed in the nitty gritty world of parenthood and work and balancing all your responsibilities.  While it’s true in some ways that you never really leave high school — and the identity that you create, your insecurities, and the understandings about the world — it’s also true that today’s teenagers seem increasingly mysterious, confusing, and maybe even hostile.

Maybe that’s why I find myself increasingly drawn to novels with adolescent narrators.  I used to avoid books written about adolescence.  Now I find that they remind me of my own childhood while also making me aware of how today’s world of frantic media and economic security color teenagers’ worlds today.

Here are a few that I’m still thinking about and what I learned from them:

1.  What I learned about teenagers:  All-girls secret teenage clubs are still — and always will be — a bad idea.   Now I’m reading Reconstructing Amelia: A Novel

by Kimberly McCreight.  For the past two nights I’ve stayed up past midnight reading this book, and I can’t stop thinking about it.  The novel alternates between the perspective of Amelia’s corporate lawyer mother and Amelia herself, a super smart, talented sophomore who has thrown herself off the roof of her elite Brooklyn prep school after being accused of cheating.  Or maybe she didn’t.   That’s what the school tells her mother, who soon gets an anonymous text that simply states that she did not jump.  Through Amelia’s journals, texts, and recollections about the secret world of the school through a secret student-authored, angry blog, we learn about this school’s and Amelia’s hidden life.  If you liked Gone Girl: A Novel

, and its combination of crime and suspense with relationship drama, you’ll love this book.  It’s insanely good.  I don’t ever recommend books lightly, but this book will grab you and keep you reading for hours, and hours, and hours.  And you’ll never look at a seemingly untroubled teenager the same way again.

2.  What I learned about teenagers:  Teenagers often show their “real” selves to adults who listen to them.  Even though it’s set in the 1980s, Tell the Wolves I’m Home: A Novel

by Carol Rifka Brunt is a universal story of adolescence, family, hope, and loss.  The narrator, June, is 14 and idolizes her uncle, who dies of AIDS during a time before the illness (or being gay) was spoken about by many family members and by society at large without fear or misunderstanding.  After her uncle’s death, June forms a close friendship with her uncle’s partner, despite her parents’ disapproval.  Her uncle is gone, but June learns that even those we love most can hide layers of themselves from us.  The novel is about the power of art to move and shape us.  Rifka’s heartbreaking narrator stayed with me for weeks after I finished this book last summer.

3.  What I learned about teenagers:  The troubles in their parents’ marriage can rock their inner worlds as much as human catastrophe.

Although it’s not technically narrated by a teenager, The Age of Miracles: A Novel

by Karen Thompson Walker has a main character who is wise far beyond her decade of life.  I am not normally a big science fiction fan, but this novel has something for readers of every genre. In this novel, the Earth’s rotation has slowed, the days lengthen, and what happens is the complete opposite of a Hollywood disaster movie:  the world as we know it is transformed in an achingly slow and painful deterioration.  And almost 12 year old Julia is just as wise and sensitive in her observations of her marriage’s troubled marriage as she is about the end of the world.  This is not a science fiction story that is based on the bells and whistles of future technology; it’s a story of ordinary realism and human relationships.  She creates a world that is at once familiar but also heartbreaking and frightening.  The novel reminds us that teenagers — even in the face of all sorts of disasters around them — must confront the same coming of age issues that we all do.

4. What I learned about teenagers:  Teenagers can be more authentically romantic than adults and don’t need beautiful sunsets.  This novel will break your heart, but not in a typical, disease-of-the-week way.  I’m sure a lot of you have read The Fault in Our Stars

by John Green.  It’s about a 16 year old Hazel who has had supposedly terminal cancer dominate her young life.  Hazel goes to a cancer support group and meets Augustus, a fellow cancer survivor.  Their love story is so unexpected and so honest and painful that it forces you to rethink the term “teenage romance” as patronizing.  Even if you hate the idea of “sick lit,” this novel has many rewards.  It’s really about finding love and facing adolescence when death could be next door.  And these two teenagers are wickedly funny in ways that feels genuine but also wise.  It’s about living in the moment when you don’t know when the end will be near.

Even if you never read novels narrated by a teenager, I encourage you to check any of these out.  You may learn something — or be reminded of it — about adolescence.  And you may also learn something about yourself.

What books about adolescence do you love?