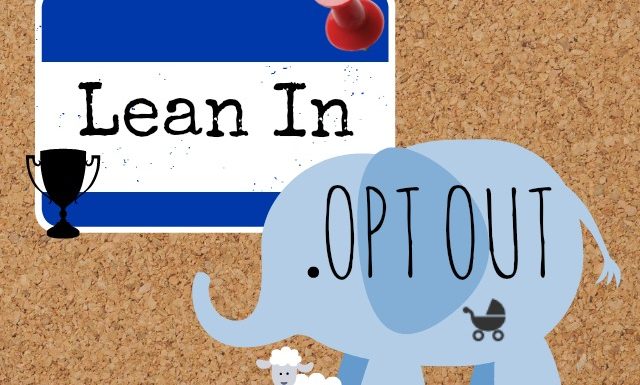 I have developed a bad habit of feeling regret and guilt.

In many ways, these feelings are an inevitable side effect of motherhood.  Two experiences that are impossible to imagine without the other. “Guilt” and “motherhood” are like hamburgers and French fries, peanut butter and jelly, autumn and falling leaves.

Like everything else about parenthood, my personal experience of guilt and regret is different than what I expected.

With each passing day I get less stressed out about the little things: the vegetables my son didn’t eat at lunch, the teeth my son didn’t brush at bedtime, the toys that never get put away in the living room, the laundry that piles up in the bedrooms, the floor that needs to be washed in the kitchen.  Yesterday my son’s preschool teacher told me that my son needed to learn to use a regular cup, and apparently he’s the only kid in his class still using a sippy cup.  I’m making half-hearted attempts to get him to use a cup, but I’m hardly stressed about it. A year ago I would have embarked on an intense “cup training” program so that my son wasn’t “behind” all his classmates.

With each day the daily vicissitudes of parenthood feel a little less extreme. I’m gaining confidence that my son is a happy, healthy little person of his own, in many ways separate from me.

As I gain perspective on the little things, I get increasingly stuck on the big questions of motherhood.  Ten years from now, will my choices — to forgo a traditional academic career — still make sense?  Will I regret not having more children?  Should I have tried harder to pursue other career paths?  Am I being brave to try freelance writing or not facing up to my fears of not competing as a traditional academic?  Would my marriage become stronger over time if I worked full-time?  After several years of absence from the work place — finishing my dissertation, having a baby, moving to a new city — will I always be “behind” my peers?

A year ago it was practicalities and worries about my son’s feeding and sleep issues that kept me up at night.  Would he get over his food allergies?  Would he ever sleep through the night?  Why was he refusing to nap?  Should he go to another GI specialist?  Now it’s reflections about my own choices.  And then I feel selfish: shouldn’t I be thinking more about my son and less about myself?  Those big questions again…

A decade ago, when the original “Opt Out Generation” article by Judith Warner came out in the New York Times, I remember the media controversy and I had strong feelings about it.  This would never be me.  I would never sacrifice my earning potential and future career ambitions for the sake of being the primary caretaker of a child.  My future husband and I would share equally in child care and household responsibilities.  I was certain of that.  A decade before that, I had written my undergraduate thesis on first-time motherhood.  I interviewed women and couples before and after the birth of their first child, over the course of a year.  With the exception of a few women, these were professional, suburban women in Connecticut.  Every single one of the women in my study decided either before or after their babies were born to quit their jobs. I was horrified and analyzed my interview data through that lens: explaining why our society’s parenting decisions are so gendered.

Now, if another 22 year old feminist college student from Wesleyan showed up at my door to interview me, a first-time mom, I’m pretty sure that she wouldn’t be able to distinguish me from any other mother in my study.

I didn’t mean to opt-out.  I didn’t mean to be leave the work force permanently.  My intention was to “lean in,” but it didn’t quite work out the way I expected.  And I do want to opt back in. But I want it to be on my terms, with no regrets.

Those women from Judith Warner’s article, all those women who “opted-out.”..I’m not so different, it turns out.  What did they discover that they wanted?  Here’s what they said to Warner:

What I heard instead were some regrets for what, in an ideal world, might have been — more time with their children combined with some sort of intellectually stimulating, respectably paying, advancement-permitting part-time work — but none for the high-powered professional lives that these women had led.

This is what I want: my own career identity, without being crushed by professional demands. To contribute to my family financially.  To share equally with my husband in the emotional and physical work of raising a child.  To experience professional fulfillment and to know that I am using my talents and education.  To have small daily moments with my son — reading our favorite books together on the couch, walking hand in hand to our neighborhood park, stopping to play with the train table in the library.

I don’t want to be a cautionary tale of regret, of what happens when you “opt-out.”

Do these words — leaning in, opting out — have any meaning for you in your family and work life?  Or do you think they might be media creations intended to make mothers feel guilty?

Thank you to my FTSF hosts:  Stephanie, Kristi, Kate, and Dawn!