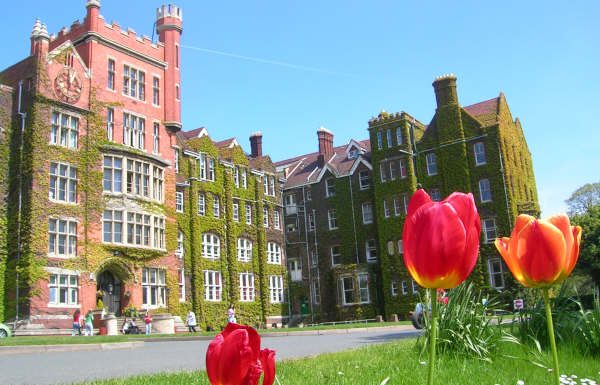 It’s rare that a book touches me from so many angles, evokes so many memories of the young person that I once was, the career paths that I have chosen, and the experiences that made me pause along the way to change course.

I’ve just finished Early Decision: Based on a True Frenzy

by Lacy Crawford. It’s narrated by Anne, a 27 year old college application essay coach and tells the story of her journey with five of her students/clients, the children of some of the wealthiest and influential Chicago families. It’s about her students’ growth as they reflect upon their goals, their perceptions of what others (namely, their parents) expect from them, and many of life’s bigger questions through their essays. The book takes us through their innumerable rewrites of their essays. (I loved that the students’ drafts are integrated into the rest of the book.) It introduces us to aggressive (and passive aggressive) parents, whose worries about their children’s future may be more about their own personal frustrations and anxieties. But it’s also about Anne’s own journey, not all that dissimilar from her students’, as she struggles to figure out what she wants and who she really is.

First, it touched me as a former private school teacher, who navigated a similar world as Anne of private schools and privilege during my teaching career. Crawford herself worked for more than a decade as a college admissions counselor, and it shows. During my life as a private school teacher, I was offered keys to summer houses on Nantucket, dined in the finest homes in Boston’s Back Bay, and given holiday gifts of designer bags, gift certificates of several hundred dollars to clothing stores and restaurants. I understand Anne’s ambivalence about knowing that you are a visitor to this world of class privilege — you’ve gone to one of the “right” colleges yourself, you understand the anxieties and worries of this world, you understand the cultural and intellectual references — but you are not truly living within it. You inhabit some sort of nebulous position between “expert,” hired help, and caretaker.

Early Decision: Based on a True Frenzy

also touched me in my former self as a former high school student, soon to be a first-generation college student. I had no understanding of the role of what scholars call “social capital,” or the resources and advantages gained from valuable social networks and connections. I applied to boarding school on my own, having grown up in a rural town in the Adirondacks, but when my scholarship didn’t cover my entire tuition, I asked for help from the only “rich person” I knew: a hedge fund millionaire in New York City, who was the father of a friend that had moved onto our road with her divorced mother. (I had never really been to New York City and had only a vague idea of what “Wall Street” was.) When I was applying years later to colleges, I still somehow thought the admissions process was a completely meritocratic one, determined exclusively by grades, test scores, and the recognition of your potential to contribute as a student. When I was rejected from my first choice college and a prep school classmate — with lower test scores and grades — was accepted, I remember vividly when that classmate told me candidly (and sheepishly) that her entire family — generations — had gone to that college and contributed a great deal of time and money to the school. I felt betrayed, but I wasn’t sure why, how, or by whom. The book also touched me as a scholar who has researched these issues relating to college access for several years. My dissertation is about the experiences of urban graduates of a nonprofit that prepares high-achieving low-income students for elite New England prep schools and — later on — for college. I spent a year visiting this full-time program, sitting in on classes, attending events, speaking to staff, and interviewing students. I thought that I would find that these students were primarily given academic and logistical assistance (transportation to visit colleges, application fees) in being admitted to prep schools and to college. But I was wrong: they were being taught how to live in this new, utterly foreign world. They were shown how to speak in front of groups, how to row crew, how to dine in fine restaurants, and how to be engaged and participate in a world very different from their own. They went to museums, Martha’s Vineyard, plays, fundraisers, and had a team of advisors — admissions coaches, tutors, teachers, mentors — to guide them through the admissions process and to show them how the world of the powerful functions.

Finally, the book touched me as a writer and as a parent. Anne’s coaching of her students shows that she understands what children should know about good writing and what the best personal essayists also get. Good essays are about understanding and reflecting upon your own memories, choices, and identity; they’re about revising your writing until it’s a mirror of something true about yourself and your own personal voice, not merely lists your accomplishments or actions.

And now as the parent of a toddler who has to make some big decisions about where her son will go — public school in a failing, urban system, charter school, magnet school, private school that we can’t afford — I’m further reminded about how deeply broken our country’s educational system is. It is, most of all, as this novel cleverly elucidates, a system that is simply not fair for those who are not born of privilege. It’s a system that reproduces inequality. The lucky few are not simply given a helpful push; the process privileges them from beginning to end, from cradle to thick envelope from an ivy-covered admissions building.

If our country wants to return to when upward mobility was a possibility for more than a lucky few — those exceptional cases of those who make it out of poverty through a fortunate combination of determination, luck, and sheer force of will — we need to recognize that success at admission to college, at entering the ranks of the successful and accomplished, is about more than hard work. Yes, hard work is necessary but it’s not enough. We needs thousands and thousands of Annes, who are dedicated only to assisting those kids as they enter a very different world. And the difficult, baffling, often soul-crushing experience of getting into college is a critical aspect of that help.

I recommend this book as pure entertainment and comedy, but I further recommend it as education if you’re not familiar with this frightening alternate reality of Common Applications and the present admissions “frenzy.” It’s also a vivid examination of today’s parenting practices that digs deeper than the cliches of “helicopter parent” and “Tiger Mother” and will cause you to look more closely at your own motivations and behavior surrounding your child’s future.

Most of all, I love how richly drawn the high school characters were written. They’re everything that all teenagers are: confused, petulant, hopeful, determined, lazy, and desperate to please their parents but also to figure out how to be true to themselves. These kids — no matter how much privilege or poverty has impacted their lives — are just kids. It’s the system that’s terribly, terribly broken.