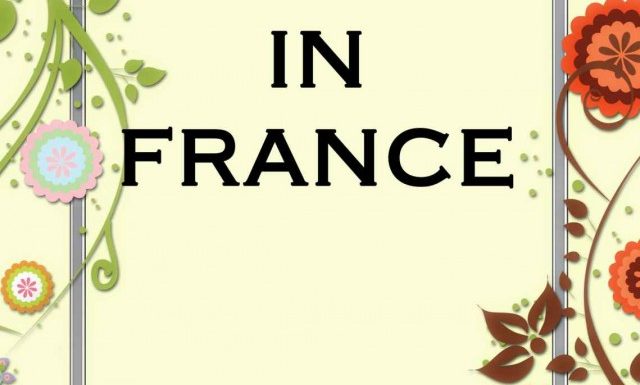 I used to think that memoir was a less impressive cousin to fiction. Wasn’t it sort of a cop out to write about your own life? Where’s the creativity in that? The memoirs that I did read I found often to be self-indulgent or just plain boring.

Then as an English teacher — one whose task it was eventually to rewrite the writing curriculum for my school — I started to teach memoir to my students as a long unit. And because I believe that the best way to teach writing to kids is to write alongside them and to show them your own writing process, I started to write my own pieces. It was transformative for me as a teacher and as a writer. I showed them what was inside my head and my heart as I wrote (and rewrote and rewrote).

And because I also believe that you show your students the best (and sometimes the worst) examples of a genre of writing as part of your classroom writing workshop, I then started to read memoir with the intent of bringing examples into my classroom. I started to read (now as an adult) Annie Dillard, Sandra Cisneros, Roald Dahl, Walter Dean Myers, and even David Sedaris to share with my students.

And through learning about how to write and to teach memoir, I realized something: memoir is hard. Really hard to do well.There are lots of self-indulgent, boring memoirs out there. But there are also many, many others that can touch your soul and wonder how these writers ever found such perfect words and sentences to describe their own experiences.

I’ve written about some of them, such as Katie Hafner’s Mother Daughter Me, Kate Hopper’s Ready for Air, and Katrina Alcorn’s Maxed Out. I just finished two more: A Lady in France

But today let me just introduce you to Jennie’s.

I first became acquainted with Jennie’s blog several months ago when I started reading her wise, kind comments on some of my favorite writers’ blogs. When I visited her own blog, it was like stepping into a fairy tale. Her blog is a glimpse into the life of an American who now lives in France with her French husband and three children. She writes about food, her faith, and living in France. Even though those three topics are not part of normal reading patterns — I don’t read food writing, I’m not religious at all, and I know nothing about France and my French in high school was so bad that my French teacher took pity on me — I was enchanted by her thoughtful, beautiful blog. (Jennie long ago dreamed that she would marry a French man, searches for him, and then marries him… How insanely romantic is that?)

When I heard that Jennie had written a memoir of her life, I knew that I wanted to learn more about her story.

And she’s had quite a life. And this is a book, a real, richly detailed book. It doesn’t feel anything like it’s the recycling of blog posts. Her memoir tells the story of her travels, to Europe, Asia, Africa and of her jobs as a teacher, student, and professional woman. It unflinchingly describes the bold life of a young woman searching for love, meaning, and new experiences. Most of all, it describes her relationship to her faith.

I was concerned upon picking up this book that I wouldn’t relate to it at all. I’ve barely traveled abroad . In terms of travel, I’m probably the least adventurous person that I know. Although I like learning about new cultures, I’ve never felt the desire to immerse myself in them. I was not raised with any religious affiliation, and I can count on my hands the number of times that I’ve been in a church (mostly for weddings). I don’t pray. I don’t read the Bible. I haven’t ruled out the idea that there may be something for us after our own fleshly bodies die, but I’m seriously doubtful.

So you can see why I might have been worried that I wouldn’t connect to Jennie’s life story. I shouldn’t have worried. This is one of the only books that I’ve read in which religious faith is an integral part of a person’s life story, but Jennie’s story is a welcoming and accepting one, for everyone. She is not preaching, she is not judging; she simply shares her own journey of the dark and joyous moments of her life — periods of depression, grief, hope, revelation, doubt, adventure, anger — in which her own spiritual beliefs play an inextricable role.

This is a hard story to summarize, to do justice to the complexity, rawness, and richness of its themes. In short, Jennie’s finds God and becomes a deeply religious Christian, and she describes this journey as part of her personal experience without at all alienating her non-religious readers. It’s also a love story and a story of battling addiction, of becoming a mother and enduring immense sadness.

This is a book that’s engrossing, truly enveloping you warmly inside Jennie’s world, but also deeply satisfying, accepting, and honest. And isn’t that the best of what memoir has to offer?

Have you checked out Jennie’s blog?  You’ll fall in love with Jennie just as I did!