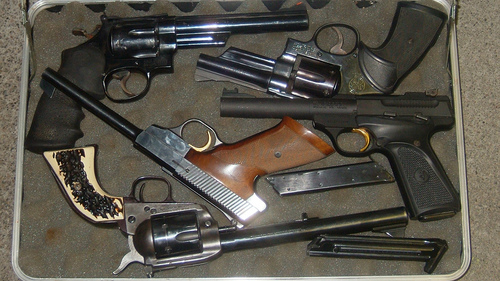 I thought I was done thinking about Sandy Hook for a while.

I know that sounds callous about an issue — gun violence in our schools — that is so serious, so important, and so unresolved.  But sometime after the holidays, I mentally “checked out” of the whole debate.  The arguments about how to protect our schools, how to make sure that dangerous people don’t have access to guns, how to prepare schools and students for these types of horrible tragedies… It was too much for me.  Every time I heard even a political story on the radio mentioning gun violence, my mind would flash to that image of those poor children fleeing for their lives from that Connecticut school, and I was instantly back to that Friday afternoon, weeping over my computer as I thought about those babies lying in blood on a classroom floor.  It was self-protection; I couldn’t think about it anymore.

Last night my self-imposed ban was lifted.  I was drawn into a story in this week’s New Yorker about Newtown’s community newspaper’s coverage of the tragedy.  Intrigued by the angle of how small-town reporters and editors negotiate their personal and professional obligations because I was a reporter for a local newspaper for a few summers during college, I kept reading.  And what I thought was going to be a story about a community paper was really about trauma.  The emotional trauma of the reporters covering the story.  The trauma of the town that had experienced these deaths from among their own children.

In this article, the newspaper staff refuse to be sucked into their town’s and the national debates about gun control or about school protection.

After a tragedy like this, there are so different ways that people respond.  There are those — the brave ones — that confront the issue directly, using the unspeakable as a motivating force to save future lives.  And then there are those like me, the less brave, the ones whose daily lives have never been directly impacted by gun violence and can afford to put this entire issue out of their minds because it’s simply too difficult and too painful.

And this made me think about the children who can’t tuck this tragedy away to think about at a different time.  The children all across this country who heard about the Sandy Hook massacre from afar, just like me, and now will continue to be retraumatized by school shooting drills, or “violent intruder drills,” and other types of emergency preparation at school.

In a school near my hometown, in Hudson Falls, New York, police in body armor use unloaded weapons and act out a hostage situation in front of students.  At another school in Illinois, blanks are fired from a pistol during a drill to simulate what would happen if a school shooter entered the building.  During lockdown drills all across the country, small children are asked to sit in darkened closets or bathrooms on the floor while police officers patrol the halls.

Research evidence suggests that these extreme forms of emergency preparedness may do more harm than good, instilling a sense of fear rather than feelings of security.  A study in the School Psychology Review demonstrates that it’s possible to increase children’s knowledge about what to do during an emergency and reassure them and parents that they would know how to react in a difficult situation — without also increasing fear, panic, and anxiety levels in children.  These types of effective drills would not include guns or props, since the study’s lead author stated that this form of “extreme realism” only serves to “raise people’s anxiety unnecessarily.”

Because if I — as an adult — find reliving this tragedy again and again through reading about it and seeing the images repeatedly too traumatic to integrate into my daily life, why would children be any different?  Don’t they deserve the chance to feel safety and security, without instilling fear and anxiety, while we let the braver ones in our society confront this issue head-on?

How should we balance security and safety in schools?  Do you know of any schools who do a good job?